The Aim of the Film Group is to show English language films to members of the Teulada-Moraira U3A in Espai La Senieta, Moraira – Salón de Actos – during the winter season (October – May). Films will be chosen from our own stock and by purchase, and titles will reflect entertainment value, special interest and awards given. The early timing is not only so as to be able to watch longer films within the opening hours of Espai La Senieta, but also to allow time for those members who want to dine out at a restaurant afterwards.

Schedule update 3 April 2019. Due to an administrative error on the part of the town hall, the Monday 8th April showing of ‘WIND RIVER’ is cancelled. Also because of fiestas and European Elections, all other up-coming film viewing dates  are cancelled with the exception of MONDAY 27th MAY 2019. 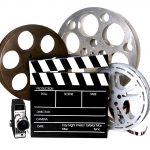