Portugal, as we know the country today, came into being in 1139 with the crowning of Henrique Alfonso in Braga, but the moors were not finally expelled from the Algarve until 1249. In 1383, John 1 established the Aziz monarchy. The marriage of their sixth son to Phillipa of Lancaster and the birth of their son, Henry, who became known as the Navigator, proved to be the starting point of Portuguese maritime exploration. The deployment of the caravel , the colonisation of Madeira and later Cape Verde islands, led to the discovery of the African coast, and rounding of Cape of Good Hope by Bartholomew Dias 1488, and of a sea route to India by Vasco De Gama in 1498. Almost by accident , probably caused by the anticlockwise circulation of the currents in the South Atlantic, Cabral, on his way to India, discovered Brazil. The inspiration, navigational skill and bravery of these pioneers led to the establishment of the Portuguese colonial empire which lasted well into the 20th Century. 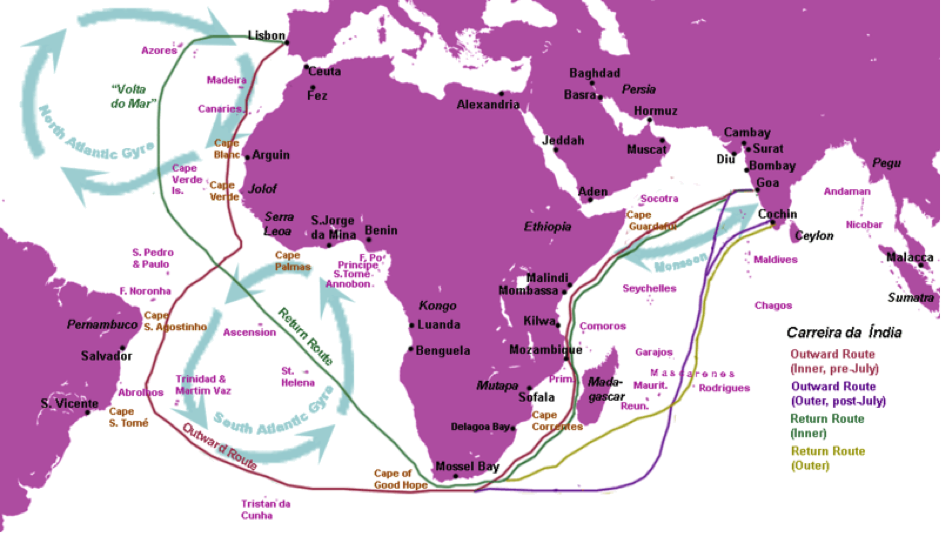 Columbus was actually born in Genoa, abut he lived in Lisbon for 8 years and had a Portuguese wife. He had a dream that he could sail around the world to reach the east. He was not a “flat earther!” He finally gets funding from Ferdinand and Isabel who had just expelled the moors from Granada. He sailed to the New Word four times, discovered many of the Caribbean islands as well as Central and South America. He does not seem to have been a successful governor of any of the colonies established. The Spanish settlers treated the local population very badly, apart from baptising them, and most subsequently died as a result of maltreatment or contact with European diseases to which they had no resistance. The main emphasis of the Spanish settlers was to find gold. 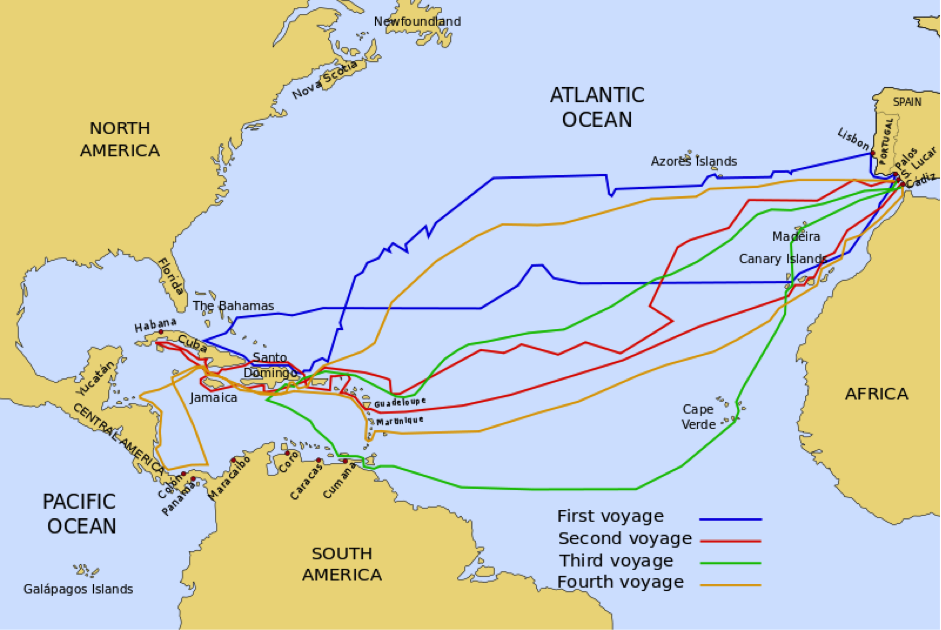 Magellan was Portuguese but also was funded by the Spanish Monarchy, His plan was to sail around the world, and was the first western navigator to enter the Pacific from the west around Cape Horn. He finally arrives in the Philippines which he claims for the Spanish crown. Unfortunately, he gets involved in a local war and is killed. Only one of his five ships return to Spain at the end of the voyage. 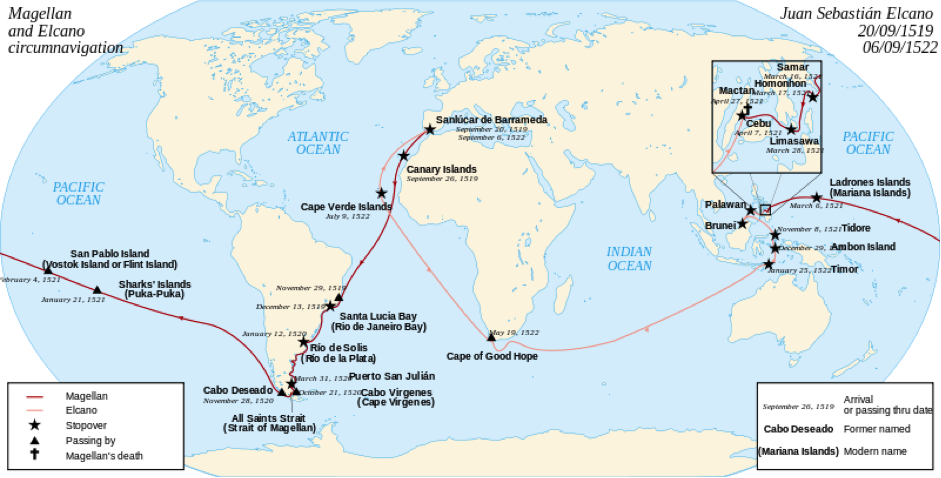