The Bible remains the most published and widely read book in human history, yet archaeological research, carried out over the last century, has led many top scholars to conclude that the Old Testament is nothing more than a work of pious fiction. No evidence has turned up in Egypt or in the Holy Land for the legends of the Israelite Sojourn in the Nile delta, the Exodus into Sinai, or the Conquest of the Promised Land. This set archaeology at odds with believing Jews, Christians and Muslims, and opened up what seemed to be an unbridgeable rift in the scholarly world between so-called Biblical Minimalists and Biblical Maximalists … that is until recently. In the 1990s a new, controversial theory came to the fore to explain the conundrum of the missing archaeological evidence. Its proponents suggest a simple solution – scholars have been looking in all the right places for the biblical stories but in entirely the wrong time! Egyptologist David Rohl has spent the last thirty years researching and developing this revolutionary idea and will reveal the historical reality behind the Bible’s greatest legend in his lecture ‘Exodus – Myth or History?’ 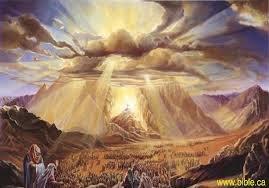