At the December General Meeting Moraira-Teulada U3A donated €1000 value of specialised equipment to the Protección Civil Ambulance Service, including a manual resuscitator, stethoscope, powder to stop haemorrhages, tourniquet, first aid kit rucksack, immobilising mattress, first aid kit, and a head-neck immobiliser.
For some years our U3A has donated €1000 to the Social Services Department of the Ayuntamiento as a gesture of thanks for the use of La Senieta for our various meetings which, if we were to pay the normal rate would, cost us in excess of €9000.
On this occasion, Councillor Laura Hillstead suggested that we donate equipment rather than just a cash payment and it was planned to make that donation at the December General Meeting. Unfortunately, whilst we had the pleasure of the company of Laura and Victor Giner, the Coordinator for Protección Civil in Teulada Moraira with us at the meeting – the equipment was not delivered in time.
The photograph shows Laura and Victor with the donated equipment. 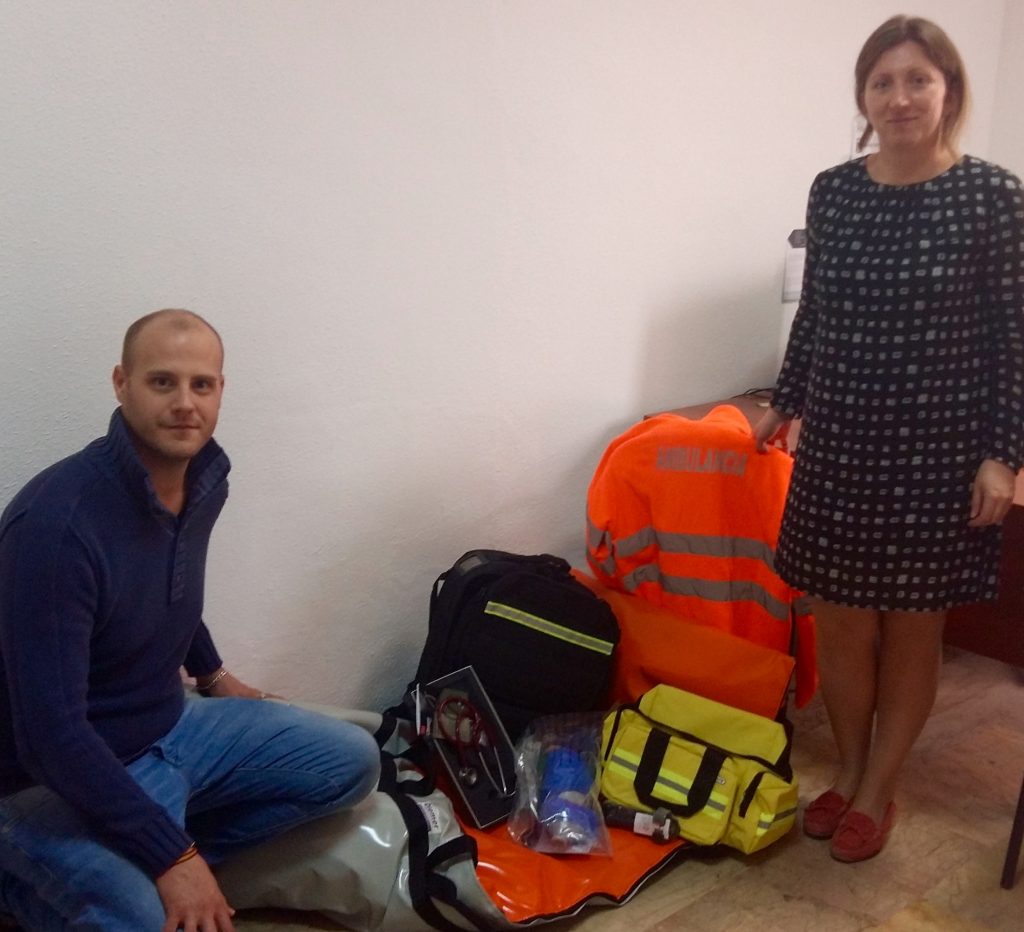