At a meeting the other day Geoffrey said how much the U3A had changed his life.   It got us thinking this must be the same for lots of people so we invite you to write down your experiences to share on the web site. See Geoffrey’s story below and Email Shirley with yours. 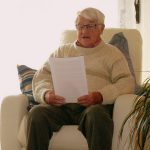 Joining the U3A changed my Life by Geoffrey Shean

I arrived in Moraira nearly twenty years ago. Alone in a completely new environment.  I had never spent much time in Spain before and I certainly had never visited the Costa Blanca region for many years and only then for short visits. I bought a small bungalow on a modest size  urbanisation. Most of my neighbours were from the U.K. so the language was not a problem. I soon learnt that my urbanisation was made up of twenty three bungalows but only four where used full time. I was very happy in my new home. Happy with my new neighbours. Life was enjoyable. The weather was great and the days long. I became a committee member of our urbanisation then in my second year vice President. After two years I took over as president with all the problems that entails. This went on for the next fifteen years. I was quite happy with my life. I had friends to talk to, made up mainly from residents from my urbanisation who would visit their property from time to time. I suppose if I was to list my new friends it would be in the region of forty people.

About three years ago I found out about the U3A organisation after talking to a friend. I was told that they had a large travel group and as a single person I would have a chance to travel in Spain with a group rather than alone. I joined the Moraira-Teulada U3A and soon found myself wanting to know more about the many interest groups it was possible to join. I started by joining the creative writing group. In attending the group I met a new group of friends. Among these friends were a couple who had a connection with the U3A drama group. Within a couple of months I found myself not only belonging to groups but running two myself. As a result of my interests in the groups and as a group leader I try my best to attend the monthly meetings. This gives me a chance to meet other leaders and to listen to speakers who come along and tell us about their lives or interests. As a result of all this I now realise that instead of a circle of about forty my circle of friends has grown to easily one hundred. This has truly changed my life. My week goes so much quicker than before. I have more interests now than ever before, and even offered my help to staff one of our local charity shops. So if you feel in a rut and would like to make new friends and have a new interest why not consider joining your local U3A group. I know that you will not regret it.